Judeo-Christian sacred writings provide a worldview of nature defined by the goodness of creation, sacramentality, and humans’ role as co-creators. The foundation for our creation ethic lies in Genesis, in which God looked at all of creation and found it very good; formed a post-flood covenant with all creation; and charged humans as stewards, responsible for ensuring the Earth flourishes. Jesus parables reveal that care is central to the relationship between God, humans and creation. Paul, in his letter to the Romans, linked the fate of the earth to redemption in proclaiming that “all creation will be set free to share in the glorious freedom of the children of God.”

The environment emerged as a significant concern in Catholic Social Teaching in the late 1980s. In 1990, Pope John Paul II dedicated his annual World Day of Peace message to ecology, stating that world peace is threatened by a lack of due respect for nature. The next year the US bishops restated his assertion that the environmental crisis is a moral issue in Renewing the Earth: An invitation to reflection and action on the environment in light of Catholic social teaching. In 1998, the US bishops wrote:

“We show our respect for the Creator by our stewardship of creation. Care for the earth is not just an Earth Day slogan, it is a requirement of our faith. We are called to protect people and the planet, living our faith in relationship with all of God’s creation. This environmental challenge has fundamental moral and ethical dimensions that cannot be ignored.” (Sharing Catholic Social Teaching: Challenges and Directions, 1998)

In 2010, Pope Emeritus Benedict XVI’s World Day of Peace message was titled If You Want to Cultivate Peace, Protect Creation. In it he wrote, “Respect for creation is of immense consequence, not least because creation is the beginning and the foundation of all God's works, and its preservation has now become essential for the pacific coexistence of mankind.”

In 2015, Pope Francis released the first Papal Encyclical on the environment, Laudato Si, which emphasizes that environmental concerns cannot, be separated from the other central social teachings. They are integrally related to all the principles by which we live. Human dignity requires access to clean air, clean water and natural areas in which to pray and encounter God. The option for the poor demands we address the fact that environmental degradation disproportionately impacts the most vulnerable members of our society. Solidarity reminds us our resource consumption has impacts around the globe. 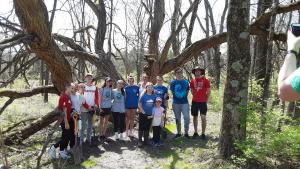 Above, members of the Chaminade-Julienne family volunteer in the Marianist Nature Preserve. Read more

The April edition of the Catholic Telegraph featured outdoor spaces in the Archdiocese. Check out our article here. Read more

Bro. Don and the Inspiration of the Marianist Founders 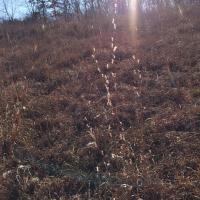 Words of Hope from the Holy Ones 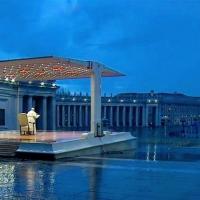 During this time of COVID-19 we find ourselves exiled from our normal life rhythms and supports, and our feelings of stress, anxiety and fear are inevitably heightened. 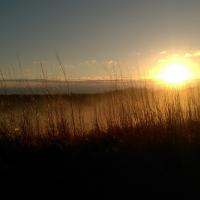 Our online Christmas card store is back! Eight varieties are available.

Reading the Book of Nature